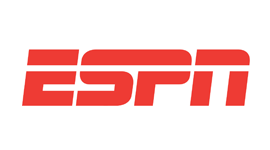 Ben Henderson jokes that the best method he has ever heard of for scoring a fight would involve a judging system so easy that a 6-year-old could do it.

"The way someone once worded it to me is we should line up two guys at the end of a fight and set them in front of a 6-year-old kid," Henderson told ESPN.com. "Say, 'Hey kid, who do you think got beat up more?' Whoever the kid points to loses."

Henderson (21-5) -- who fights Brandon Thatch in a welterweight bout at Saturday's UFC Fight Night card in Broomfield, Colorado -- is only kidding, of course.

The former lightweight champion appreciates all of the finer ways to score points in combat sports -- even if he's not entirely sure how they ultimately get tallied up.

Nearly half of Henderson's 26 professional fights have gone the distance. Out of those 12 times, 10 have gone in Henderson's favor. Two haven't. He can't tell you, definitively, why some did or didn't.

The 31-year-old has made it clear he is not complaining about his unanimous decision loss last month to Donald Cerrone in Boston, but ask Henderson if he thinks he won that fight, and he will say he did.

"I felt it was going pretty darn good," said Henderson of the fight. "He's a stand-up fighter. That's his good area. Obviously, I was wrong, but I felt it was going pretty well standing with him. I thought I was getting the upper hand. I never felt the need to change things up because I was losing the fight: 'Oh, I have to take him down now.' No. I felt great standing with him.

"For me, I don't know. Whatever the rules are, I want to know. What is the criteria? If you have to hit a guy 10 times in his left pectoral muscle -- if that's the game -- then I can play that game. Whatever it is, I feel I'm good enough to get the job done."

Henderson says he actually has made an effort to get a better understanding of scoring, but it hasn't been easy. In certain jurisdictions, he has requested a chance to speak to judges about what they look for in a fight, but it hasn't happened.

In Boston, for instance, Henderson was told it hadn't yet been decided exactly who would score his fight. He said there was another instance when he asked for the names of his judges and he was told, either by a commission or UFC official, "Don't worry about it."

A prefight meeting between all scheduled judges on a card and the participating fighters could be beneficial, Henderson said. Controversial decisions would still happen, but at least scoring criteria might be better identified.

"It wouldn't be a bad idea to maybe have all the fighters speak to all the judges before a fight," Henderson said. "Talk to judges so we can get a clear idea of, 'OK, they are heavily influenced by this.'

"Ultimately, I think you have to go and fight your fight. The judges are going to do what they do. Judges aren't bad guys. They're doing their jobs to the best of their ability."

Henderson approaches this weekend's fight amidst the rockiest patch of his professional career. Fighting out of Glendale, Arizona, Henderson forfeited the 155-pound title to Anthony Pettis in August 2013. He rebounded initially with two wins against Josh Thomson and Rustam Khabilov, but is now coming off back-to-back losses to Rafael dos Anjos and Cerrone.

Saturday will mark Henderson's UFC debut at 170 pounds. He has considered such a move for years, but says he does not plan on it being permanent for now.

Henderson walks around between fights at approximately 175 pounds, while Thatch (11-1) cuts down from 200 pounds to make the welterweight limit.

"I do know that 170 is not a permanent move," Henderson said. "I'll probably be headed back to 155, depending on how it goes. It's all open. I'm going to go with the flow.

"I think I've always been known to fight anyone, anytime, anywhere. When you're defending the belt, you can't do that. I would hit up [UFC matchmaker] Joe Silva and say, 'I know this guy is hurt. Are you guys looking for a replacement?' He would text back and say, 'You can't do that. You have to defend your belt.' Right now, I'll take it any way I can get it -- short notice or planned out schedule, sounds good to me. I'm just happy to fight."