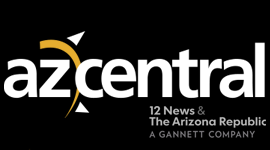 His past seven bouts have been featured in the main event, with Saturday night's "UFC Fight Night: Henderson vs. dos Anjos" contest opposite Rafael dos Anjos marking his eighth in a row. He meets the Brazilian live on FOX Sports 1 (8 p.m. MT) at the BOK Center in Tulsa, Okla. The main card airs following prelims on FOX Sports 2 and UFC Fight Pass.

Henderson (21-3 mixed martial arts, 9-1 UFC) has never been one to pick and choose his opponents, and he wasn't about to start with dos Anjos (21-7, 10-5). He has made a career out of accepting any match at any time, a role he relishes.

"I've never said no to the UFC," Henderson told USA TODAY Sports. "They ask me to fight at this time or this place or this date, and I will. I've never turned down a fight, I try to be as much of a company man as possible."

On top of his willingness to compete against anyone, Henderson has proven that he'll always show up. In an age where injuries are a plague to the sport, Henderson is rarely hurt, and he takes pride in the fact he's never withdrawn from a scheduled UFC bout.

"I've never turned down or pulled out of a fight," Henderson said. "I've never had a fight pushed back. One time in the WEC, because I had a knee injury, they had to push the event back from Ohio to San Antonio. That was placed on me, but as far as the UFC, never."

Henderson credits his consistency to a healthy training environment. Fighting out of The MMA Lab in Phoenix under the tutelage of coach John Crouch, "Smooth" believes his gym is one of the best in the world. Because of that, he gets training that's effective, but not overly straining.

"I don't want to brag too much or talk too much, but I think we have the best gym in the world."

Not only does Henderson train effectively, but he also fights effectively. The 30-year-old has won in nine of his 10 UFC appearances and previously held the UFC lightweight championship for an 18-month stretch.

His next challenge will come in the form of dos Anjos, who is on a solid run of his own with six victories in his past seven bouts. Dos Anjos has fought 15 times under the UFC banner dating back to his 2008 promotion debut, and Henderson sees him as one of the most durable fighters in the division.

"Dos Anjos is tough," Henderson said. "He's a true veteran of the sport. He's been around the UFC for a long, long time. He's fought a who's who of guys. He's beaten a who's who of guys, so I'm expecting a really good, fun fight. I'm looking to go out there and do my best. That's all I try to do every fight."

Henderson's lone defeat under the UFC banner came in a contest where he lost the championship belt to current titleholder Anthony Pettis. "Showtime" is scheduled to put his belt on the line against Gilbert Melendez at UFC 181 on Dec. 6, and Henderson wants a shot at the winner. He has already defeated Melendez once before, but the loss to Pettis still digs away at his conscious.

Even though defeating dos Anjos is his primary goal, Henderson has grander aspirations than just his next UFC victory. He is determined to recapture the belt, and he said it doesn't matter who holds it.

"I'm going to get my belt back," Henderson said. "It doesn't matter who it's against. If it's against Gilbert, awesome, I've already beat him once before. If it's Pettis, even sweeter. That's a fight that I will be eagerly anticipating. But either way, I'm getting my belt back. I don't care who I have to beat up to get it."